Facts About How Automation Powers Productivity

Technology is changing the meaning of productivity in the workplace. Where people were once relied upon to analyse data, work in production lines, or complete repetitive tasks, automation has been introduced. Rather than eliminating jobs, this has elevated jobs for humans. Data is analysed faster and with more accurate projections. Production lines are faster and safer. Tasks that require repetitive precision are more accurate and can operate 24/7, lowering production costs and time delays. AI is now able to identify cancers, algorithms used by banks can detect fraud in milliseconds, and warehouses use robots to pack and pick packages.

People have always feared that automation will eliminate the number of jobs available. Since the inception of the production line and manufacturing, people have voiced concerns about what jobs will be left for the human workforce. However, these fears have proven in the past 150 years to be unfounded, as with automation comes the need for more human interaction.

Automation makes labour safe. It protects people from dangerous tasks, such as packing shelves in warehouses or entering mine shafts. Automation also demands that people work in jobs that require a greater level of skilled application. The issue is not automation, but education. The introduction of technologies that replace the human workforce in menial and sometimes dangerous tasks means that the population needs to be well educated and given a greater understanding of how the technology works.

The fear that AI and automation might deskill occupations, reduce wages and worker bargaining power and introduce unreasonable workplace surveillance are not unreasonable, and in some instances, this has been the case. By the same token, technology has increased productivity levels, made businesses more competitive, on the whole, increased wages, and taken over from dangerous or monotonous tasks.

While people who are disadvantaged because of a lack of educational opportunities and entry-level job options will find that AI and robotics are a threat to their security, others will find that the increased opportunities presented by technology work in their favour, opening doors to new job opportunities. High-level jobs that require critical analysis, creativity or lateral thinking are not yet hampered by the introduction of technology. In fact, many people are finding new opportunities to be creative and innovative thanks to AI and automation.

So what are the realities of automation and will it continue to drive productivity, or will it simply disenfranchise millions of people worldwide?

Automation and AI power workplace productivity by providing the impetus for innovation. With automation comes a decrease in tasks that pose a threat to workers’ physical and mental health, and create new opportunities for people to work in positions that are higher skilled and better paid.

There are many positions that people are unlikely to want to see AI and automation replaced, such as wait staff at restaurants and bartenders in pubs. But there are other jobs that are made safer by automation, such as factory line work and mining. Technology always provides humanity with ways of being more productive. From the first person to use bark to carry more berries to the use of robotic arms in open-heart surgery, technology is making our lives more ‘productive’ in terms of input versus output. 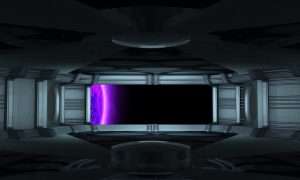 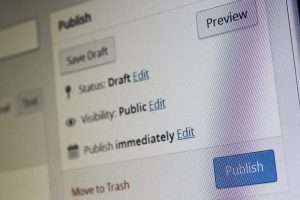